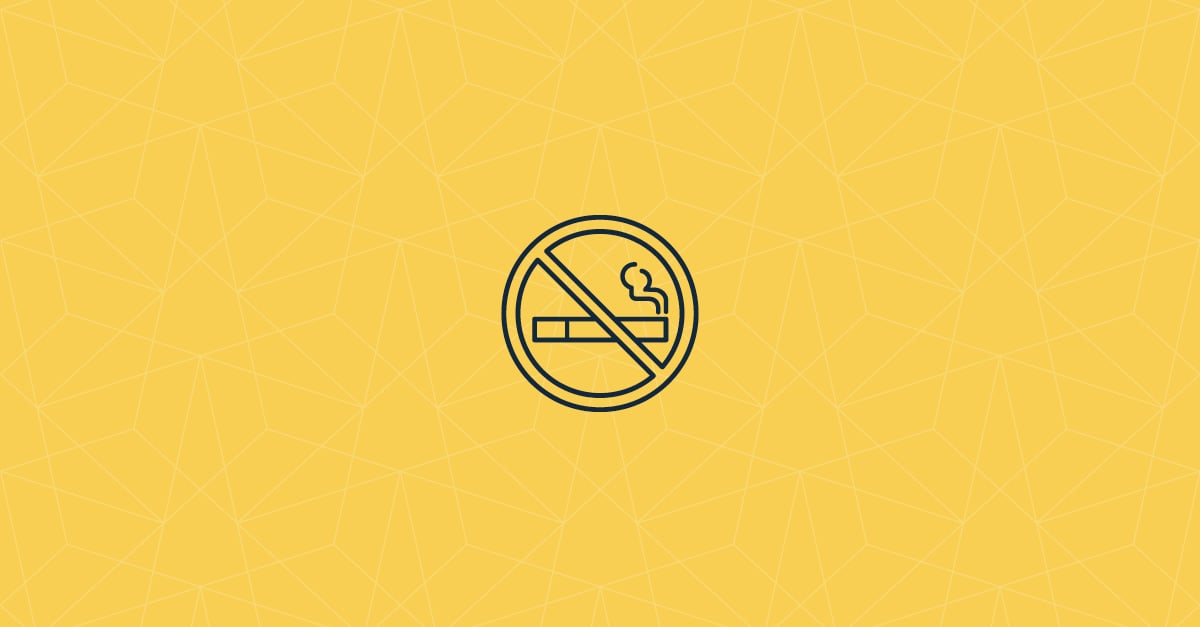 Before the United States was even a country, tobacco was a dominant player in the North American economy, even once used as currency to pay for guns and ammunition. As visual media became more popular in the first half of the 20th century, a few things were made very clear about cigarettes: soldiers were smoking, celebrities were smoking, and you should too.

The government banned tobacco advertisements in the 70s, and the Master Settlement Agreement restricted tobacco companies even further. Now, we know that millions of deaths are caused by tobacco use, and we have access to countless studies that further solidify the risk of tobacco use.

There are many proven strategies to prevent and reduce tobacco use, but education alone is not enough. In this blog, we’ll look at how tobacco use can affect the health and productivity of employees, why e-cigarettes and “vaping” still pose significant health risks, and how employers can help encourage people to live without relying on these substances.

The Health Effects of Smoking, Tobacco Use and E-Cigarettes

Tobacco can also be found in many smokeless products and carry similar cancer, heart disease, and stroke risks. They can also cause gum disease, tooth decay and tooth loss. Plus, smokeless tobacco can lead to nicotine addiction, making people more likely to become cigarette smokers.

While some e-cigarettes may not include as many toxins as cigarettes or smokeless tobacco, e-cigarettes and vaping are not harmless alternatives to smoking.

Cleveland Clinic’s Dr. Ellen Rome explains that “The most popular e-cigarette on the market contains almost three times the nicotine as a single pack of cigarettes. But unlike cigarettes, which are smoked one-by-one and have a clear starting and stopping point, e-cigarettes can be puffed on continuously – further adding to the danger of addiction.”

While the long-term effects of e-cigarettes are uncertain, the hazards of nicotine are well-known, including an increase in blood pressure, heart rate, the flow of blood to the heart and narrowing and hardening of the arteries and arterial walls, which may lead to a heart attack.

Did you know that nicotine is as addictive as cocaine and heroin? One critical deterrent that keeps people from quitting tobacco and vaping is withdrawal symptoms. Depending on their tobacco use history, one’s withdrawal symptoms can last several days to several weeks. Typical symptoms include:

How Tobacco Use and Vaping Affects Productivity and Employee Safety

Outside of grim scenarios in which one of those diseases causes you to take a leave of absence, living with these diseases also negatively affects employee safety and productivity.

Specifically, research shows that smokers have higher rates of absenteeism, presenteeism, and work and activity impairment than their non-smoking co-workers. In recent years, smoking has cost over $100 billion in productivity losses (smokers) and over $5 billion for those exposed to secondhand smoke. Smokers who quit quickly regained productivity, giving more credibility to the importance of employer encouraged tobacco cessation programs.

Whether you’re an employee, leader, parent or spouse, it’s in your best interest and everyone around you to live tobacco-free.

The Immediate and Long-Term Benefits of Being Tobacco-Free

Quitting tobacco is one of the most immediately beneficial things that one can do for their health. Someone who quits before they’re 40 decreases their chance of dying from a tobacco-related illness by 90%.

It’s never too late to quit, but the sooner you do, the more you can reduce serious health risks. Here’s how your body begins to recover after quitting:

A tobacco-free workplace is also good for business by significantly reducing tobacco-related healthcare and productivity costs: 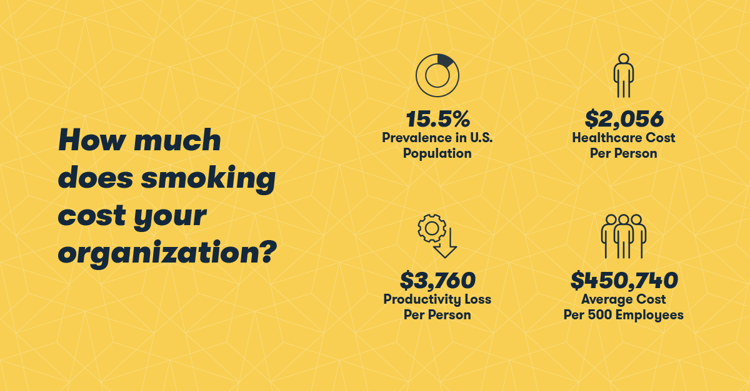 The Most Popular Tobacco Cessation Aids and Programs

A recent report of the U.S. Surgeon General showed that 70% of adults who smoke want to stop, and over 50% of those who smoke actually try to stop. However, experts say the number of attempts it may take to quit successfully is 5-15 attempts, and one study says it could be 30 attempts on average.

Quitting tobacco is difficult but not impossible, as current data suggests that 3 in 5 adults who ever smoked have quit. While many attribute successes to nicotine replacement therapy and prescriptions like nicotine patches, gum, and lozenges, aids such as these are most effective when used in tandem with cessation coaching.

One of the reasons cessation programs and one-on-one coaching are so successful is the personalized guidance and accountability they offer. They help people set and prepare for a quit date, address withdrawal symptoms, restructure their daily routine, and reconstruct their identity as a non-smoker.

How to Move Toward a Tobacco-Free Workplace

There are several ways to help employees quit tobacco, but it should always start with a documented vision and plan. Some employers are committed to not hiring smokers. Others are committed to having a smoke-free environment. Where does your organization stand? Will your policies evolve?

Once you’ve documented your plan, it’s important to communicate these changes to the organization through staff meetings, notices, emails and the company intranet. Provide an avenue for employee feedback and questions as they come up. Let employees know how you’ll be enforcing your policies and what support you can offer them if they want to quit. Keep in mind that, while very common, nicotine addiction is still an addiction and many people often need coverage for counseling and medications to help their quit attempts become successful.

If you’re not ready to create a tobacco-free workforce policy just yet, one of the best ways to get people to consider quitting is a worthwhile incentive and the proper resources to help them break free from tobacco.